Golden Era Gospel fans, set your DVRs for two TV listings that you're sure to like.


A few weeks later on Saturday, December 7, 2013, 'Gospel's Jubilee Showcase' will air on PBS in select cities. The special will tell the history of Sid Ordower's 'Jubilee Showcase', which originally aired in Chicago on WLS from 1963 to 1984 and featured gospel artists such as Albertina Walker and the Caravans, The Barrett Sisters, The Norfleet Brothers, Rev. Dr. Clay Evans, Jessy Dixon, Rev. James Cleveland, and many more. Check your local PBS listings for details.

In the words of Albertina Walker, I'm still here!

Some of my friends and followers have asked me about my lack of posts because it's been nearly a year since my last post. I'm still around, I just haven't had time for updating the blog. I hope to change that in these next few weeks with some new posts. Golden Era Gospel will forever be one of my interests. Here's to new material coming in the next few weeks!
Posted by JM at 10/28/2013 03:11:00 PM 1 comments 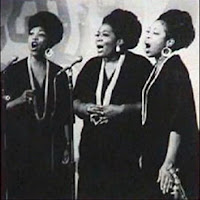 Help preserve and promote gospel music history by donating to make release of The Sweet Sisters of Zion: Delois Barrett Campbell and the Barrett Sisters  a reality.

Be a part of Gospel Music History!