Aretha Franklin picks Karen Clark-Sheard to play the role of Kitty Parham of the Clara Ward Singers in "Aretha: From These Roots" 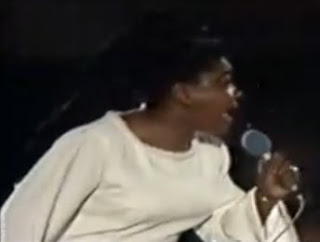 Jawn Murray over at BV Buzz at AOL BlackVoices reports that Aretha Franklin has picked Karen Clark-Shead of The Clark Sisters fame to play golden era artist, Catherine "Kitty" Parham in "Aretha: From These Roots". Parham (pictured above) was a member of The Clara Ward singers from the early 1950s until she left the group along with Esther Ford, Frances Steadman, Henrietta Waddy and Marion Williams to form the Stars of Faith during the Summer of 1958. Kitty Parham died in Philadelphia, PA on June 27, 2003 at the age of 77.

To view the article on Black Voices, Click HERE 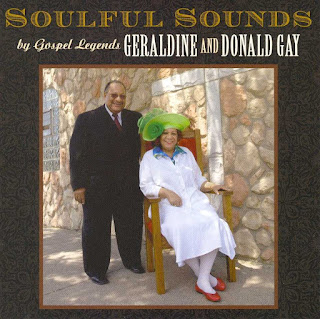 Dear readers, I am writing this post from Chicago, the birthplace of the traditional gospel sound, and the national headquarters for Golden Era Gospel, where artists such as Thomas A. Dorsey, James Cleveland, Robert Anderson, Albertina Walker and Roberta Martin developed and refined their style. I arrived on April 7th and I saw a few landmarks today and I'll cover that in a later post as I visit some more landmarks tomorrow. While it was great as a historian to see those few landmarks such as Mt. Pisgah, where Roberta Martin once served as Minister of Music, I just found out that one of the last human landmarks of vintage Chicago gospel passed away. Geraldine Gay Hambric, the last surviving member of The Gay Sisters died Tuesday, April 6, 2010. Bob Marovich has written an excellent writeup on Mrs. Hambric, and you can read it HERE.
Posted by JM at 4/08/2010 07:36:00 PM 0 comments