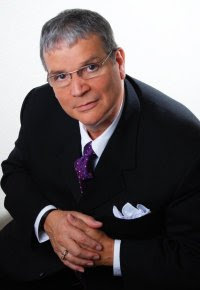 Min. Gene Viale, member of the famed James Cleveland Singers during the mid 60s, has died. He was 65 years old.

According to his personal website, Viale was born on October 31, 1946, and began singing at the age of five. In 1964, Viale joined the James Cleveland Singers and recorded two albums with them, "Heaven, That Will Be Good Enough for Me", and another album, which remains unreleased. Viale served in the U.S. Army from 1966 to 1968, and was licensed to preach in 1967. In 1968, Viale released his first solo record, "What Color Is God", on the Checker label, and made his first appearance on Jubilee Showcase. Through the late 70s and early 80s, Viale toured the country with gospel singers and appeared on program with singers such as James Cleveland, Inez Andrews, Shirley Caesar, the Mighty Clouds of Joy, and Dorothy Norwood.

In 2007, Viale was ordained by The Fellowship by Bishop Yvette Flunder, and just last year, Min. Viale released a book titled "I Remember Gospel."

Viale touched many hearts and souls through his nearly five decades of recording, as seen by the posts from mourners and colleagues on his Facebook profile's wall. His loss is another devastating blow to the Golden Era Gospel community, which already lost tremendous voices like Delois Barrett Campbell and Jessy Dixon earlier this year. Viale was truly a Golden Era singer, having worked with singers such as Mahalia Jackson, Cassietta George, the Staple Singers, the Roberta Martin Singers, the Ward Singers, Doris Akers, the Caravans, the Gospel Harmonettes, the Argo Singers, Sallie Martin, the Barrett Sisters, the Davis Sisters, the Five Blind Boys of Alabama, and many more.