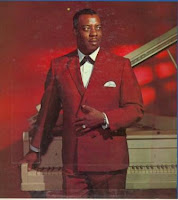 Originally posted December 15, 2009. I felt a repost was appropriate given the upcoming Easter celebrations.

The late great Rev. James Cleveland was no stranger when it came to combining elements from other genres of music with gospel. As early as 1959, Rev. Cleveland was transforming secular hits into church friendly compositions when he turned Ray Charles' "Hallelujah I Love Her So" into "Hallelujah I Love Him So." His most popular gospelization may have been when he turned Gladys Knight's "You're The Best Thing That Ever Happened To Me" into "Jesus Is The Best Thing That Ever Happened To Me" for his 1975 double LP of the same title with the Charles Fold Singers.

While Rev. Cleveland drew upon much inspiration from the R&B and pop singers of the day, he may have also drawn inspiration from the world of jazz. In the early 1960s, legendary jazz pianist and composer Duke Pearson arranged a song titled "Cristo Redentor." As the story goes, Pearson saw the famous Cristo Redentor statue in Rio de Janeiro during a trip to Brazil with Nancy Wilson while he was Wilson's accompanist, and was inspired to compose the song. 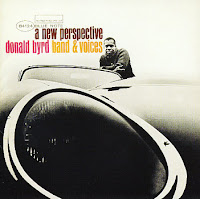 Some of you may be thinking to yourself "Rudy Van Gelder? That name sounds familiar." If it does, it's probably because he was the sound engineer for many of Savoy's late 50's material produced by Ozzie Cadena. Cadena and Van Gelder's work with Savoy gospel artists can be heard on mid to late 50's material by artists such as The Davis Sisters, The Caravans, The Roberta Martin Singers and The Famous Ward Singers. While that may not have much to do with the works in question from 1963 and 1966, it's still interesting to note from a gospel music historian's standpoint.

In 1966, Rev. James Cleveland, just 6-7 years into his solo career, recorded a project with The Walter Arties Chorale. One of the songs on the LP was "Christ the Redeemer," which is what "Cristo Redentor" translates to from Portuguese into English. Cleveland utilized the Walter Arties Chorale to provide a vocal sound that sounds similar to the Perkinson directed choir on "Cristo Redentor." When you listen to Cleveland's other work from the same era, "Christ the Redeemer" sounds like a serious departure from the familiar James Cleveland sound typical of his 50s and 60s work. This similar to the departure many jazz artists of the day were making as they experimented with new sounds in lieu of traditional arrangements.

Now, I encourage you, the informed listener to take a few minutes and listen to both compositions and come to your own conclusion(s).