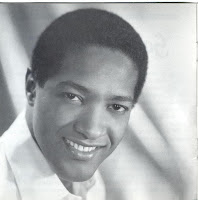 Get your TiVo, DVR, or VCR ready. On Monday, January 11, 2010 at 9pm ET/8pm Central, PBS will air an episode of American Masters focusing on Sam Cooke. In the 1940s and 50s, Sam Cooke made his mark in the gospel world as a member of The Highway QCs and The Soul Stirrers. In 1957, he left The Soul Stirrers and crossed over as an R&B artist. His untimely, yet controversial death (which has even sprouted conspiracy theories) is still the topic of conversation among people some 45 years later. If you're a Sam Cooke fan, a fan of golden era gospel or 1960s R&B, or just want to learn more about the life of Sam Cooke, don't miss this episode of American Masters.

How would you like to own a piece of Golden Era Gospel History? 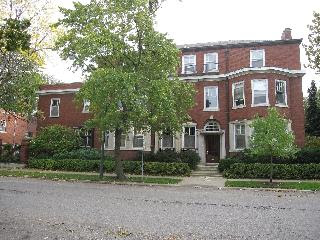 Disclaimer: I have no affiliation with the seller, I'm just reporting something that I believe is interesting.

If you've wanted to own a piece of Golden Era Gospel History, look no further than 4901 S. Woodlawn Ave. in the Hyde Park section of Chicago. What's so special about this house? Well, according to a 1960 article published the Chicago Defender, it once served as the residence of the one and only Roberta Martin. Boy, if those walls could talk, who knows how many prolific songs were composed inside that home and how many gospel greats graced those steps at the front?

The 1902 build home, designed by noted architect Howard Van Doren Shaw, is listed as having 7 bedrooms, 5 bathrooms, a 2 car garage (which most likely housed her Cadillac which took the singers all across the nation during their heyday) and is 8000 square feet. That's a mighty nice residence for a black gospel singer from the golden era if you ask me, heck, that's nice for anyone in 2010!

You're probably wondering how I came across this. Well, I googled the address after finding it in the article and that's what popped up in the results. It was interesting to find out to say the least. So, if you have $1.9 million to plunk down and want to own a piece of gospel music history, I'd say this is the house for you.

A Special Treat: A 2005 Interview with Sarah McKissick 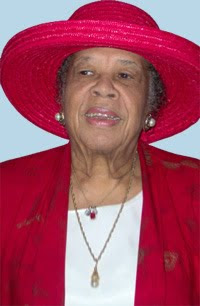 In 2005, Sarah McKissick was interviewed by Eric Majette as part of the National Visionary Leadership Project. This video interview is now available for viewing in multiple parts at this link: Sarah McKissick Interview. Mrs. McKissick was the first cousin of Dorothy Norwood, the wife of the late Norsalus McKissick of The Roberta Martin Singers, and a legendary gospel singer who sang with The Caravans, The Little Lucy Smith Singers, The Roberta Martin Singers and The Dorothy Norwood Singers. Mrs. McKissick passed away in 2008, but these videos will ensure that her legacy will continue for years to come.