"Unsung" covers Miki Howard, daughter of a Caravan and a Pilgrim Jubilee 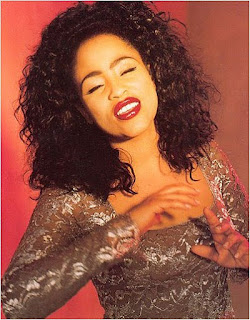 I've been hearing the songs of Miki Howard on the radio since I was a little boy. I didn't find out until recent years that Miki's pipes have Golden Era origins. Her mother, the late Josephine Howard, was a member of The Caravans from 1962 to 1967 and led songs such as "What Will Tomorrow Bring", "Somebody Bigger Than You and I", and "He's Alive". Her father is Clay Graham, long time member of The Pilgrim Jubilees. With roots like that, it's no wonder that she can sing!

On November 1, 2010, Tv One's "Unsung" aired a program about the life of Miki. In the program, Miki tells of her gospel roots, imparting information (which may either surprise you, or in some cases, simply confirm what you'd heard in the past) about her mother and her father. The program of course is all about Miki, so only a little bit of time is devoted to Josephine and Clay, though a lot is told in those few minutes. The rest of the program is worth watching, too.
You can watch the full episode at the link below through November 8, 2010 http://www.tvoneonline.com/shows/show.asp?sid=902&id=2959
Posted by JM at 11/03/2010 12:38:00 AM 0 comments