The Swanee Quintet to celebrate 71st Anniversary with program in Augusta 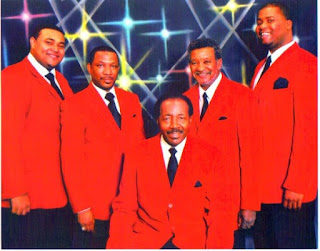 The Swanee Quintet is one of those Golden Era Groups which is still going strong today with new blood. While original members such as the late James "Big Red" Anderson and the late Rev. Ruben Willingham have passed on, longtime member Percy Griffin (Griffin joined the group in 1965) is now at the helm as Manager, Booking Agent, and Lead Vocalist.

The Augusta, GA based group will celebrate 71 years of singing on Sunday, October 3, 2010 at the William Bell Auditorium in Augusta. Doors open at 4:00pm, and the program will begin at 5:00pm. Special guests will include other Golden Era Groups such as Spencer Taylor and the Highway QCs, and the Sensational Nightingales. Also on program will be modern quartet stars Lee Williams of Lee Williams and the Spiritual QCs, Doc McKenzie of Doc McKenzie and the Hi-Lites, Harvey Watkins Jr. of the Canton Spirituals, Darrell McFadden and the Disciples, and Keith "Wonderboy" Johnson.